Our escort for the farm that we once sourced natural Yellow Bourbon from and recently pulp natural UVA was Marcus. He is the general manager on the farm. The farm is owned by Ferroro he has 2 other farms.

They use the automatic pickers that take everything from everything from green to ripe. But first they pick the top half which ripens first. Then they waiting till top is ready again then pick the bottom, and repeat. Since the top gets more sun it ripens quicker. The automatic packers can be set to different vibration levels and this then prevents very green coffee from being picked. 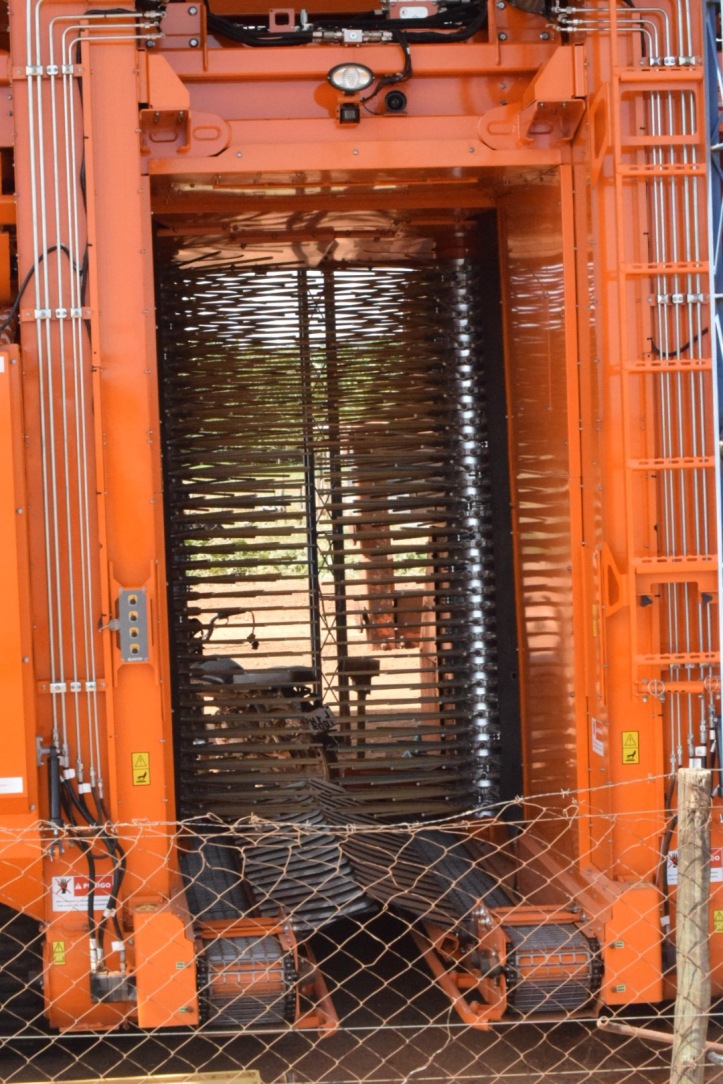 They have been introducing a process to clean and process coffee that fall to the ground this is to be release to the local market.

The separation of the various ripe levels is done after picking. Where floaters ripe and unripe are separated. 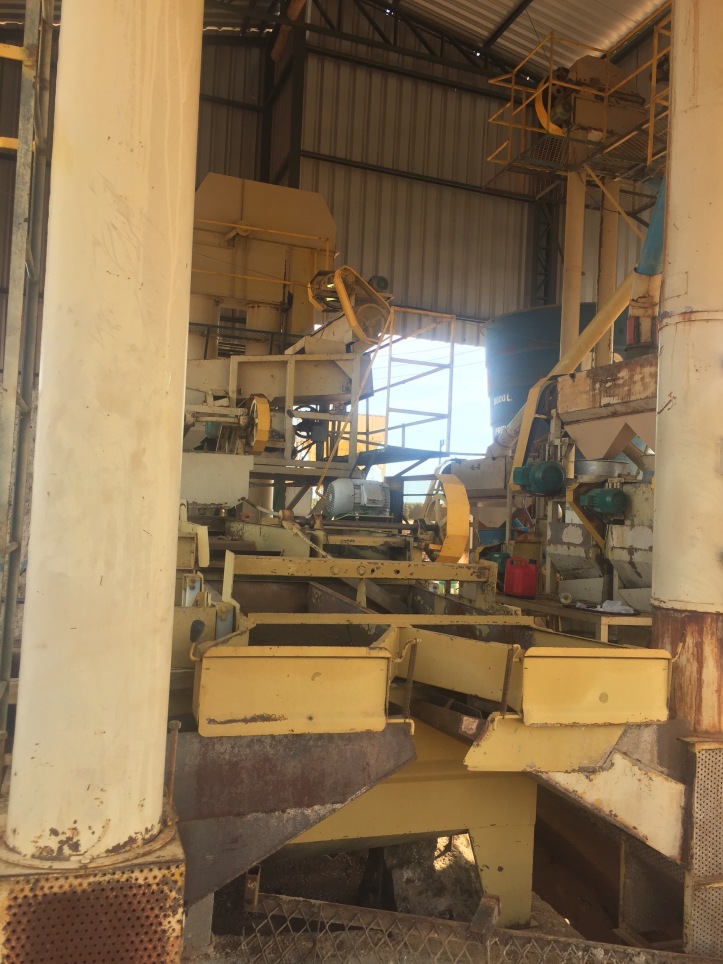 They have experimented with different fermentation times per harvest and the coffee are they dried on raised beds. At the moment fermentation is done for around 36 hrs or until the pH is 4. This is particular to their experiments. 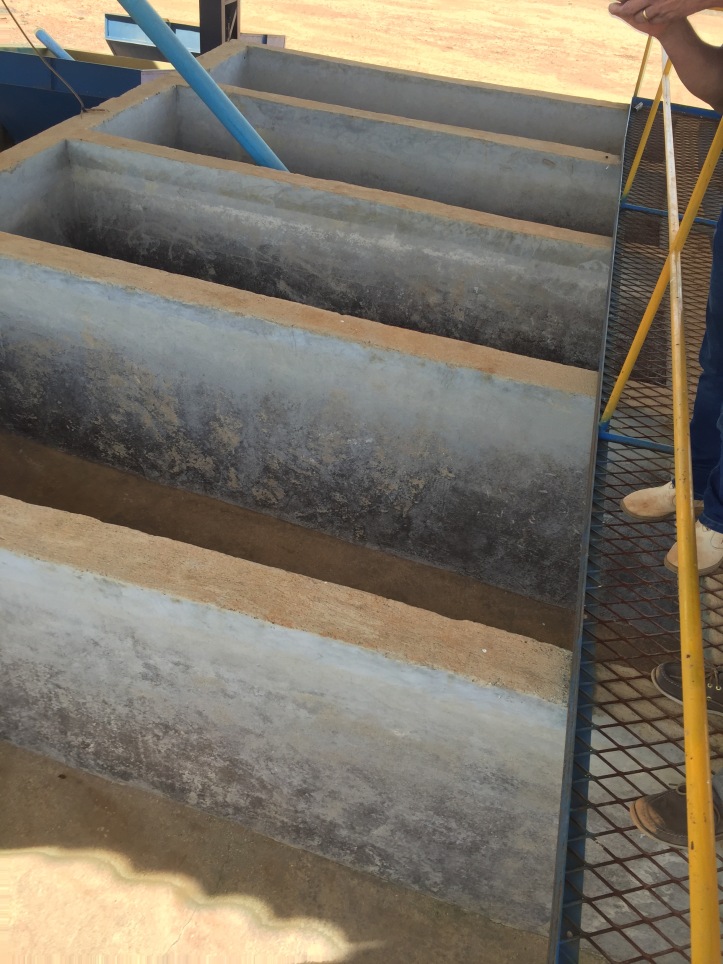 The water from the washing process is placed in 60 million liter reserve where organize are seperated and the tress are watered with the water. 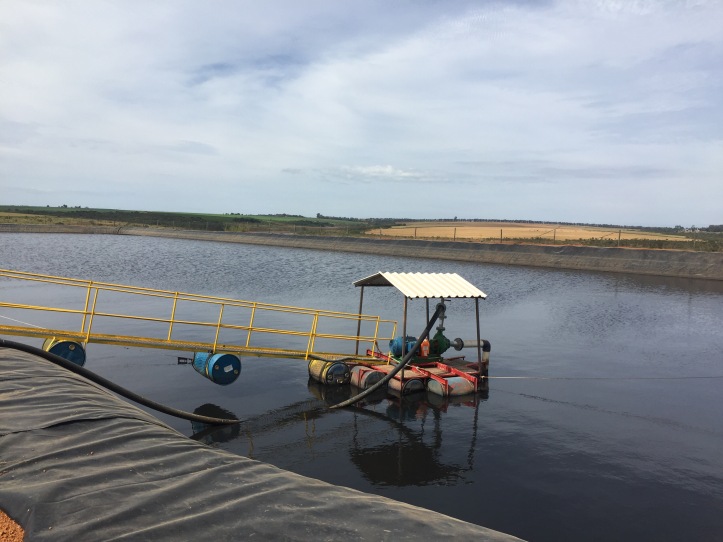 100 hectres currently irrigated plan to do whole farm irrigation is under ground.

We then started to look at some of the varieties on the farm. The biggest way for Brazilian coffees to differentiate each other is on variety, so farms have many. Pântana have 200 varieties and work with the Brazilian Coffee Research organizaon with these, we saw a few growing and also in the managers offices: 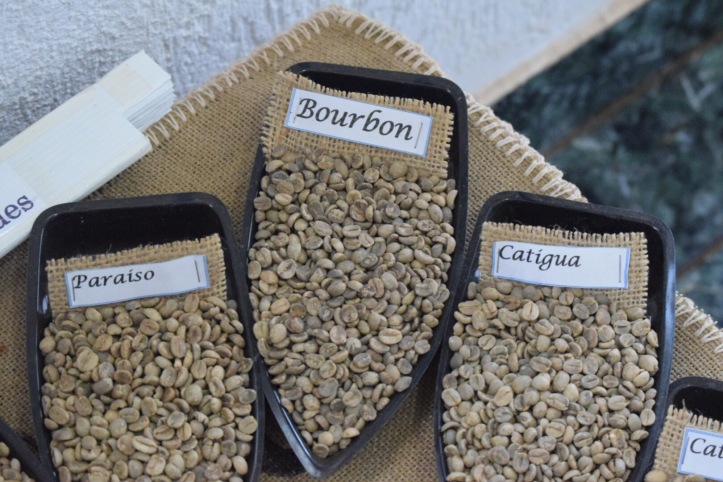 We walking through the farm where I picked and a tasted Ibairi, little like a mildly sweet cherry. Very round (see below).

Second variety it tried was UVA, we have sold this coffee and while it sold well I felt it was missing the body of a natural, it was a pulp natural that we got so that may have been why. You can we the difference below (Ibairi vs UVA):

While we were waking around the told me that if it rains during harvest it damages the coffee so that all aspects diminish.

We walked past a Yellow Tupi that was tall and narrow, Sandra from Expocaccer stood next to the one to give us an idea how big it was. 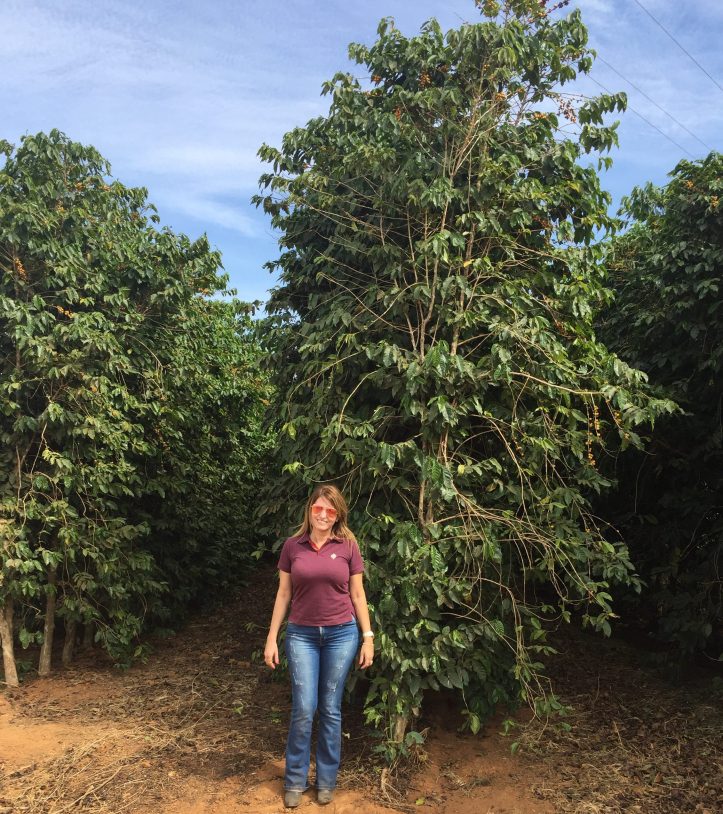 Oldest tree is small for Age of 25 years.variety is Acacia.

We walked back to the office when we spoke to the man involved in the control of Fungus and bugs. Everyday the walk the farm and they track the infestation levels of pests using GPS. He captures position and pests and fungus found. They track the most frequent. Like rust nunchaku ariliaria. Pest and bugs too. That plant lave catepilar broca. Spiders that create a fungus. Each red is a point they found something green nothing. This is all consolidated on a website, so they know exactly what to treat where. 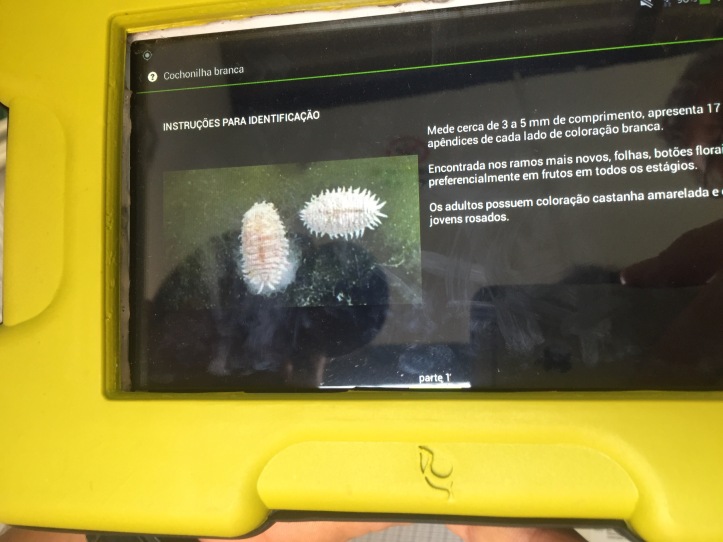 These are the sort of practices that they do with fungus and bug, and do the same with chemical compounds in the soil that they also treat very localize. the also log all wildlife they see as part of the RF alliance. This is part of the reason why they have one many sustainability and quality awards. Pantâno won best natural of Minas Gerais last two years.

Chatted after naturals are dried for 5 days. The dried on the beds until the moisture level drops from over 40% to 18% then they are dried in the dryers until 11%

If it rains during the patio dry or raise patio it is a night mare. Lots are marked and mainly sold for local consumption. Rained coffee is treated with limestone. If done correctly it can be saved. When on the raised beds coffee is continually tossed to prevent fermentation.

We then went for a look at the Yellow Bourbon and the UVA which was very abundant. 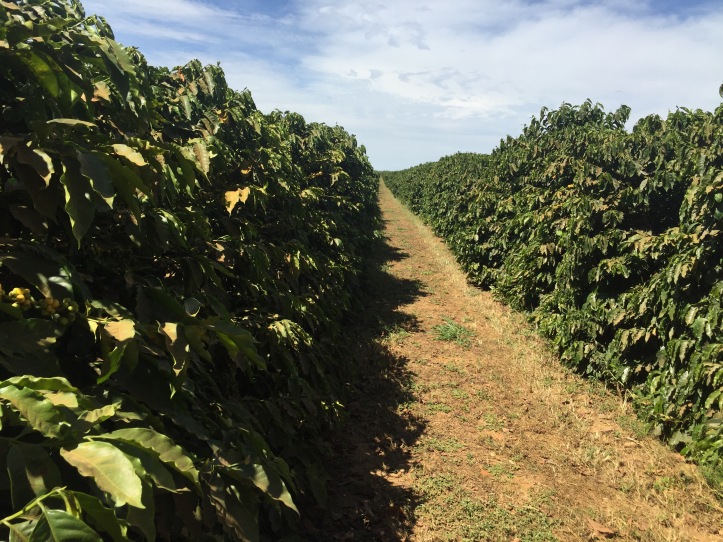 Video of Pantâno with frig Quaffer is in UVA plantation.

They have over 200 varieties on the farm. Some are just codes that they just run blind tests on.
I think we saw around 8 today.

We ended with lunch. We had Feijao with farofa on top and meat on the side, tradition lunch.

Great to visit a farm that we have bought 2 varieties from and see the effort they put in to make sure each crop has a good percentage of quality lots.